M.Anila, Philippines – The year was tough and challenging for everyone. But while some people seem to have lost hope, there are people who go out of their way to touch lives and bring happiness as best they can.

: Tatay Joey Belo proves how one can dedicate one’s life to others as a blessing by giving happiness and joy to children on the street with his makeshift motorhome. (The photo was taken from Bike Camper JBelo’s social media page.)

This is the motivation behind Joey Belo’s advocacy of bringing joy to street kids and inspiring the online community. The 59-year-old cyclist is the content creator behind the YouTube channel Bike Camper JBelo, which is more than just a travel vlog. In his videos you can see the biker cycling in the city and stopping to surprise homeless children with toy bags.

Since Belo’s fateful encounter with Joseph Allain Eliseo, who told his story online, his humble channel has grown to more than 250,000 subscribers. He says, “I’m really grateful because I didn’t imagine this would happen to me. Now when I ride my bike there are people who stop and greet me. The support is really overwhelming. “ 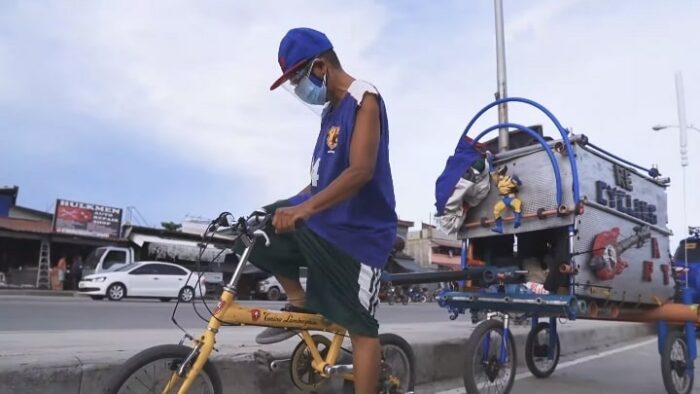 Joey Belo spends long days on his bike cycling around town handing out bags of toys and snacks to street kids. (Screenshot from the YouTube video of Bike Camper JBelo)

But how did this modern hero begin his advocacy? Belo shares that he has enjoyed cycling since childhood. It seemed as if he had followed in his father’s footsteps as a newspaper deliverer to bring joy to the children on the street.

He says: “I was motivated to start this advocacy because I once lived on the street. I was a street kid back then and didn’t stay home very often because we used to live in a small house. ”

His journey began by making an improvised mobile home from recycled scrap materials from junk shops. With his makeshift van and GoPro Hero 8, he wanders through Metro Manila for long days, documenting and uploading his experiences along the road to his canal. He’s been to numerous destinations and brought smiles to kids in Calamba, Cavite, Laguna, and Rizal.

Aside from supplying toys to street children, Belo opened a YouTube channel so he can leave a legacy for his children. “I really enjoy watching YouTube and I plan to start a channel last year. I want to post videos that my children can see because the posts stay there for a long time, parang legacy ko na. “ 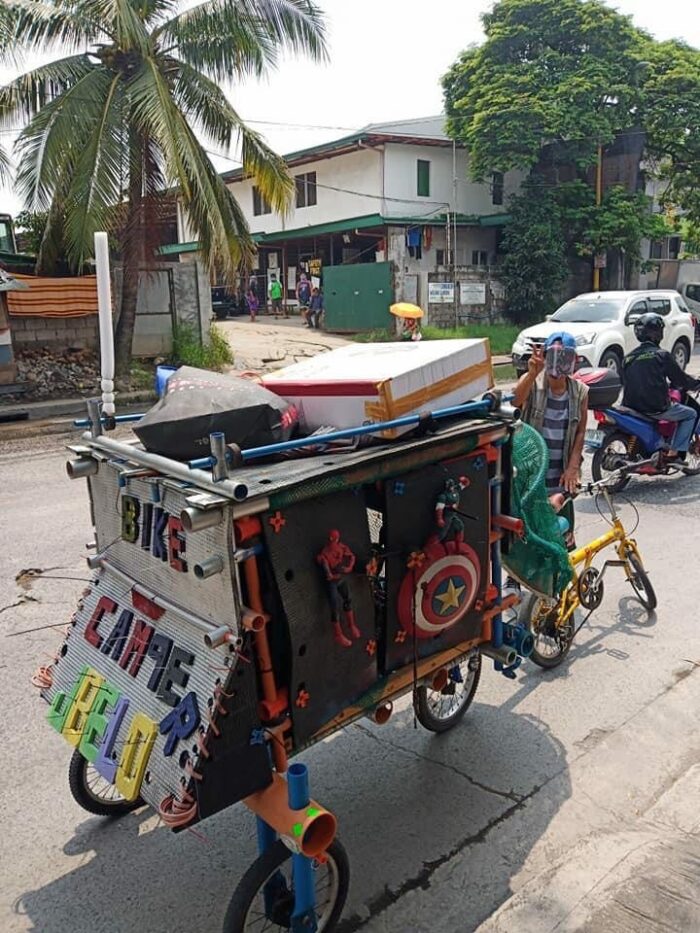 Belo shares that his own children often help edit and upload videos on his channel. The usual routine is he gives them his camera as soon as he gets home and they filter through the footage and edit it to become a vlog. They currently have 26 videos produced and posted on the channel.

An inspiration for internet users

If Belo hadn’t stopped in Muntinlupa, he would not have been able to meet Joseph Eliseo and share his story on social media. The 26-year-old was walking home from work when Belo reached out and handed him a flyer for his channel.

“Sir Joey easily piqued my interest because of his quiet and kindhearted manner. Despite his age, he is still very keen to help people, especially the street children, ”says Eliseo of his meeting with the biker. 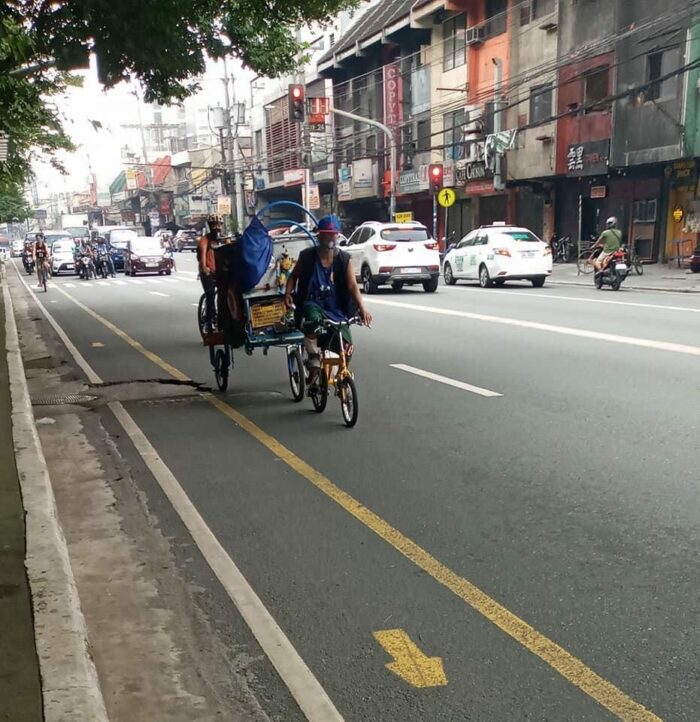 When Eliseo posted Belo’s photo and story on his feed, he shared that he was happy because he was able to reach and inspire thousands of people. He says, “I think his advocacy for street children is great. With the gap between rich and poor widening these days, I am amazed that there is a man willing to take risks to be part of the solution in his own way. “

He adds: “Meeting Sir Belo is a blessing. He made it clear to me that we should never stop being a blessing to others and that there is always a chance to give back to the community in our own way. “

When his story was filmed online, Belo said he received generous donations of toys and financial support for other goods for the children. He thanks: “I have to document every time I give the children toys so they can see where their donations are going. The constant support from people really warms my heart. “

As Christmas approaches, Belo is determined to bring more joy and give gifts. He would also like to be able to give textbooks and storybooks, snacks and even face masks for the children. 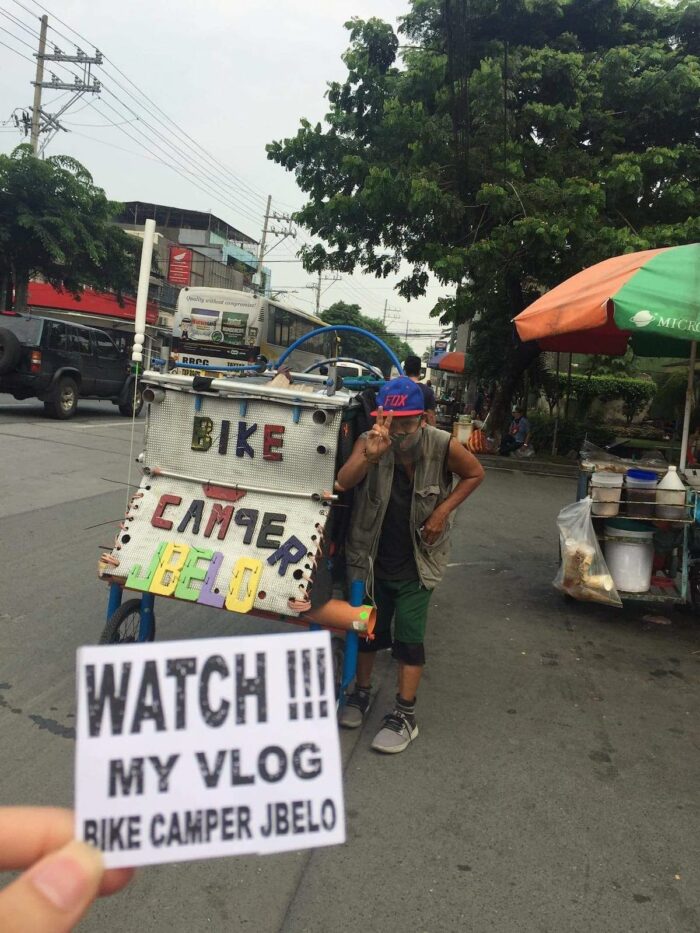 When asked about his future plans, Belo says he wants to reach more children and travel to the Bicol region. He also hopes that more people will join his advocacy group and say, “It feels different when you see children’s smiles. For those who want to help in their own way too, do it. Even if you are not supported by anyone at first, do not be afraid. Reach them and they will thank you endlessly. “

For those who want to help Belo venture into more cities and give toys to more kids, send him a message on his social media page or email him [email protected]. Support his vlogs and keep up to date by subscribing to his YouTube channel.