We came, we saw, we went: a year of family gaps

When you purchase books that are linked on our website, The Times may earn a commission from Bookshop.org, whose fees support independent bookstores.

Katrina, a shrewd high school graduate – the eldest child of former Economist correspondent Charles Wheelan – tries to enjoy family time in Bhutan, but there is an infection on her ankle that is getting worse by the day. Eleven year old CJ, the youngest Wheelan, is usually lying on the floor crying. Sophie, the middle child, is in danger of failing her sophomore year and has handwritten the threat of a hunger strike. There is also the issue of a multiple entry visa to India: Katrina only has nine fingers, and the Kolkata bureaucracy requires a full set of fingerprints. Wheelan’s wife Leah, meanwhile, insists that the family’s “fun money” has been used up. No more afternoon coffee.

This single passing moment is a fine example of the dizzying mix of suspense, charm, silliness, mindless risk, and the occasional transcendent depth of “We Came, We Saw We Go,” Wheelan’s memoir of an epic nine-month family gap year. ”

You might be asking: do we need a book about an epic journey if we’ve all been trapped on a couch for the past 10 months?

Before Wheelan, a lecturer in Dartmouth, and his wife, a math teacher at a public school, set off on a trip from Colombia to the Galapagos Islands, East Africa to Vietnam, they judge their comfortable life and decide (a few months before the election of Donald Trump, years before COVID-19): Yeah, let’s blow it up.

The Wheelan family poses for a selfie in an abandoned Machu Picchu in Peru.

With Wheelan outlining her reasons for leaving, it’s hard not to agree – at least for this moment of quarantine in principle. “Because we needed / wanted a year to relax and reflect … Because time off can be a great career move … Because global travel would be an invaluable part of our children’s education … Because I’m a big advocate of high school graduates that fill a void Year … Because it’s way, much cheaper than you think. “

How cheap? He estimates Wheelan will only cost a year of deferred retirement – “hardly a life-changing sacrifice”. And so the Wheelans temporarily shelter their two dogs, rent out the house, take vacation, and arrange distance learning for their children (something that now doesn’t need to be arranged at all). Thirty minutes after landing in Cartagena, Colombia, they bought an empanada from a street vendor, despite the infectious disease nurse in New Hampshire who said, “No street food.”

Other rules are broken. Lessons are learned; Most important of them is that travel is wonderful and brutal – often wonderful because it is brutal. A rail strike in Peru means the family will have to hike five miles under cover of darkness but enjoy an abandoned Machu Picchu. On two occasions, Wheelan focuses his camera on a cool looking bug in the Amazon “only to have another insect attack it”. They quickly (or slowly) discover the “best innovation” in Tanzanian bus transport – “Drivers can be fined if they arrive too quickly at a destination. It’s a clever way to enforce speed limits. “

Sometimes the book can feel like a list of reasons not to travel: You lose the children in Medellín, Colombia. There are numerous CMFs (Complete Family Meltdowns). CJ is convinced that his male anatomy will explode on the Great Barrier Reef and that Sophie really nearly failed in her sophomore year. Oh, and there is Katrina’s strange infection. 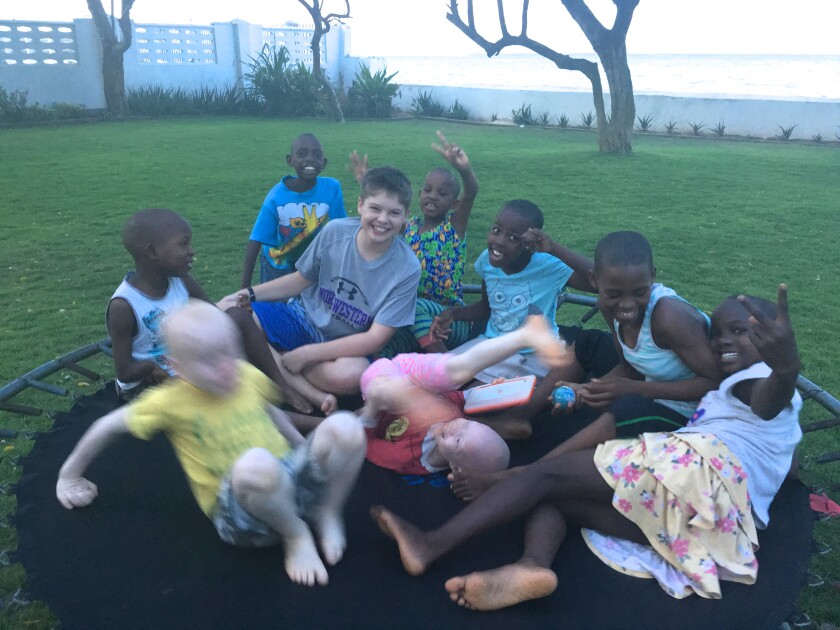 CJ Wheelan on a trampoline with new friends in Dar es Salaam, Tanzania, from “We came, we saw, we went”.

An obvious comparison is that of Dan Kois in 2019, in which another American mother and father took their children along in a global survey on how other families work. But in Kois’ narrative, the family methodically spends three months apiece in Costa Rica, New Zealand, Kansas, and the Netherlands. As revealing as Kois may be, when you’re in a long rhythm of actually living in a new place, it’s easy to imagine the Wheelan clan making fun of the meandering Koises, maybe with a cool new one Acronym. (DKITS: Dan Kois is too slow.)

A skeptical reader might wonder why the Wheelans brought nine months of manic travel on themselves and each other. (The fear of a private part exploding is based on Wheelan’s own joke, which went too far.) Readers may also wonder why they should care. Gifted with the most privileged class and ethnicity of his generation, Wheelan seems armed with a belief that whatever he thinks, says, or does is quite interesting. After all, he attended the same high school as filmmaker John Hughes, America’s master of the ordinary, and real classmates served as extras in Sixteen Candles.

In the worst case scenario, we are able to get the occasional cheesy hands caught in an overly long article in Hemispheres magazine. Perhaps a nice friend could have told Wheelan to find out some details, such as the fact that it was his idea to have his son stand over a geyser of hot air and simulate gas for a photo. I didn’t love it when he laughed at his prepubescent son suggesting that he tell a nurse he might have gonorrhea, and neither did I enjoy that lumpy joke: “I admit I’m a skeptic of modern art; I find a lot of things incomprehensible and silly. Why is it art when you put a knife with two live goldfish in a bowl? “We know art when we see it, Charles. That’s not it.

Wheelan is the author of numerous popular textbooks on economics and public order and overcomes such problems because he is a skilled craftsman. The anecdotes feel curated and hard earned. It’s not just accuracy or truthfulness; From set pieces in Vietnam and Chile and Tanzania to memories of previous trips and life in Hanover, NH, Wheelan is getting better and better at pacing to chapter titles and tantalizing sub-headings. (“To sum it up again: if everything had gone well, our trip would be a rickshaw, bus, night train. Everything didn’t go well.”) 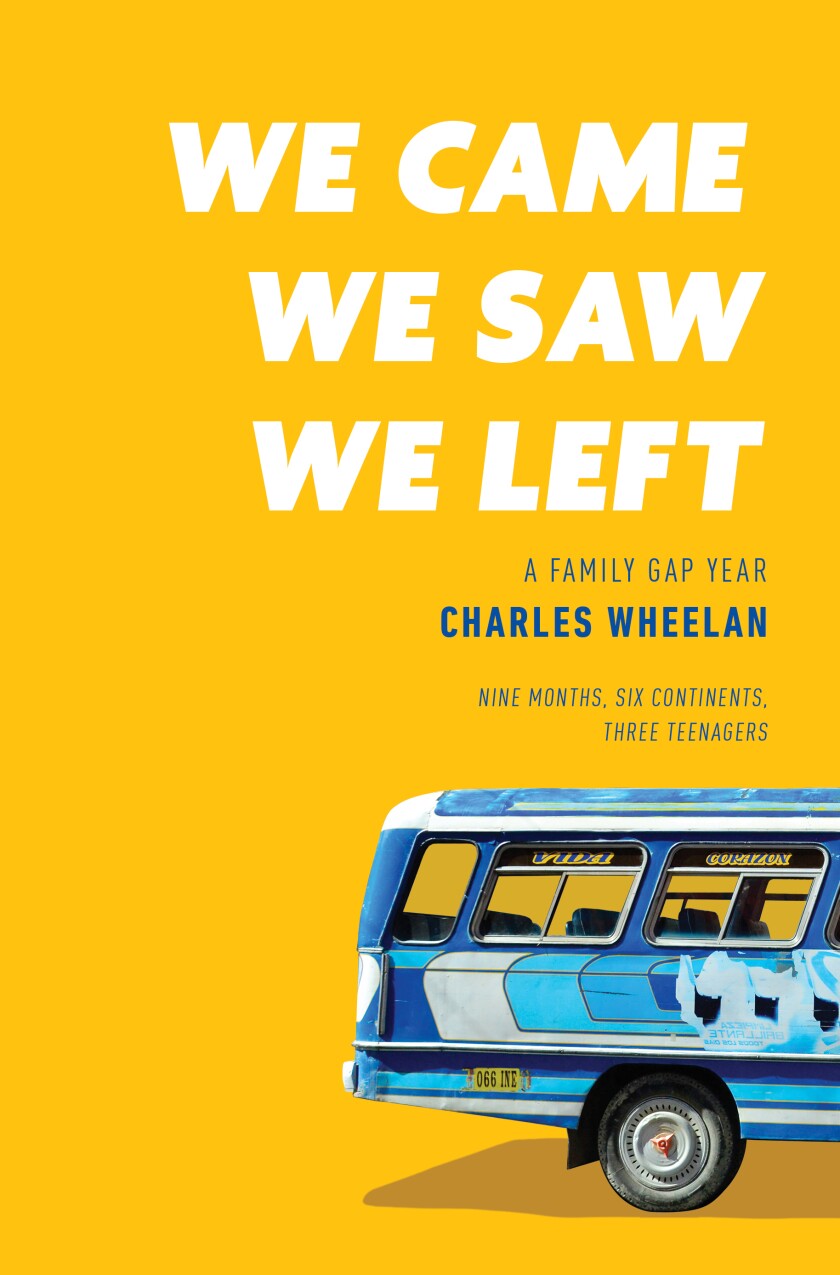 The best aspects of the book – less PJ O’Rourke and more Dave Barry – make us fall more and more in love with the family as they develop a kind of camaraderie during the war. Under no circumstances is there as much work to do to complete the daily, hourly, or even minute-by-minute dance to get a family to work, but the process is all the more intimate and dramatic when it comes to meeting a dysfunctional recruiter on the way escape Bolivian salt flats.

Are we in great shape while we are in danger? It’s easy to find the idea exhausting in 2021, when we’re largely stuck at home while the actual citizens of America try to overthrow the government and express their inalienable right to disregard basic safety directives. But Wheelan’s writing is too engaging, revealing, and downright pleasant to reject outright. Also: A negative review that is hard to imagine could lead to a downright unpleasant visit from at least one angry Wheelan.

A melancholy darkness hangs over every book like this because every journey has to end. But Wheelan gives the imminent resumption of normal life a new shine. The dogs that have returned to the house fall asleep in the usual places. The children are moving out. A new routine forms. For many months after the trip, Wheelan admits, he can’t even look at the travel section of the newspaper.

In any case, we can hold on to it: “Some countries will be more difficult to visit or less safe; others are becoming more accessible, ”writes Wheelan. “One thing will never change: happiness favors those who get their passports and leave.”

Deuel is the author of “Friday Was the Bomb: Five Years in the Middle East”.

Covid-19 Kept Tourists Away. Why Did These Seabirds Miss Them?

10 Most Unique Wine Tastings In The World

A mystery, a memory and a guide to northern Minnesota – Twin Cities

Warner Bros. Didn’t Understand The Flash’s Time-Travel Scene After It Was Shot In 2016