TOUBA and DAKAR, Senegal – Tens of thousands of Muslims came this week to the holy city of Senegal for the annual Grand Magal pilgrimage, a tradition in West Africa that some fear could become a super-spreader event for Covid-19.

The Magal honors the founder of the Mouride Brotherhood, Senegal’s most influential order. In recent years, up to 3 million people have traveled to the city of Touba during Magal, many from neighboring Gambia.

Mam Thierno, 41, has lived in Italy for almost a decade, but has decided to travel Magal to Senegal even during the pandemic, which is a deeply moving experience for him and his family.

“Spending a year without Magal would be too much for me,” he said. “With the pandemic, there are people saying we shouldn’t keep the Magal in Touba … I know the disease is here, [covid]-19 exists, but I came anyway. “

One of the beauties of magal in normal years is its emphasis on community and hospitality. Pilgrims do not book hotel rooms: the residents of Touba open their houses and the travelers sleep, many in every room. According to Senegalese tradition, lunch and dinner are usually eaten from a common plate.

Many government ministers and dignitaries also took part in the pilgrimage, which lasted about a week.

It has already been well documented that Magal pilgrims are particularly susceptible to viruses due to the inherent lack of social distancing. A study published last year showed that the prevalence of symptoms of respiratory infection among pilgrims increased fivefold after the pilgrimage.

[Video not showing up above? Click here to view » https://www.youtube.com/watch?v=g1ChVuUVnoo]

That year, the authors of this study published a letter warning the elderly and those with chronic illnesses to stay away from magal and encouraging those to wear masks and wash hands.

“During the event, the streets around the Great Mosque and the general market will be extremely densely populated,” the letter said. “All of these conditions are very likely to favor the transmission of respiratory pathogens among pilgrims.”

Washing hands can be difficult. The number of people using Touba’s water multiplies during the Magal and there is a lack of water for most of the years. The press reported that the taps are running dry again this year, with the exception of one late night dribbling.

Many African countries have reported cases and deaths related to Covid-19 that are much lower than on other continents, particularly in Europe and the United States. Although many cases may have been missed due to low testing levels, epidemiologists say the continent’s young median age is likely a significant factor and that hot weather and the tendency of some countries to live much of outdoor life could play a role. Studies are currently underway to test the hypothesis that previous exposure to other coronaviruses may have boosted some people’s immune systems.

As in many West African countries, Senegal had good contact tracing logs, partly due to the 2014 Ebola outbreak, and is quick to implement tests for the coronavirus. There have never been more than 100 new coronavirus cases reported per day, and the number of cases has decreased in the past two months. On Tuesday, that was only 19 of 777 tests carried out, the Ministry of Health said.

But not everyone with coronavirus-like symptoms gets a test in Senegal, and since more than 80% of virus cases in Africa are asymptomatic, according to the World Health Organization, many cases can be scrutinized.

On a trip to Touba last week, the Senegalese health minister told journalists that he would send 5,000 officials from the health ministry to Touba to monitor this and react if necessary. He did not respond to calls or text messages asking for an interview and did not answer questions about why the magal had not been canceled and why many ministers were present.

The Magal commemorates the exile of Mourides founder Sheikh Amadou Bamba in Gabon. The French colonial authorities sent him there in 1895 for fear of his pacifist fight against them.

And the government would have a hard time defeating the Mourides, who wield great power in Senegal, a country of around 16 million people. A young marabout – a religious leader – said he was in Touba because their leader had given an ndiguel or order.

“We are aware of the national and international context, but we couldn’t do it differently because the order came from the caliph asking all adherents to come,” said 28-year-old Cheikh Cissé, who runs a Koran school and trades religious books in Dakar. “That’s why I’ve decided to go to Touba in every situation.”

Most years there is a ceremony in the Amadou Bamba mausoleum. However, this item has been canceled this year while other events are taking place.

Information on this article was provided by Yesica Fisch of The Associated Press.

With protective masks, pilgrims of the Mouride Brotherhood pray in the Great Mosque of Touba as they take part in the celebrations of the Grand Magal of Touba in Senegal on Monday, October 5, 2020. Despite the coronavirus pandemic, thousands of people from The Mouride Brotherhood, an order of Sufi Islam, gather for the annual religious pilgrimage to celebrate the life and teachings of Cheikh Amadou Bamba, the brotherhood’s founder. (AP Photo / Leo Correa) 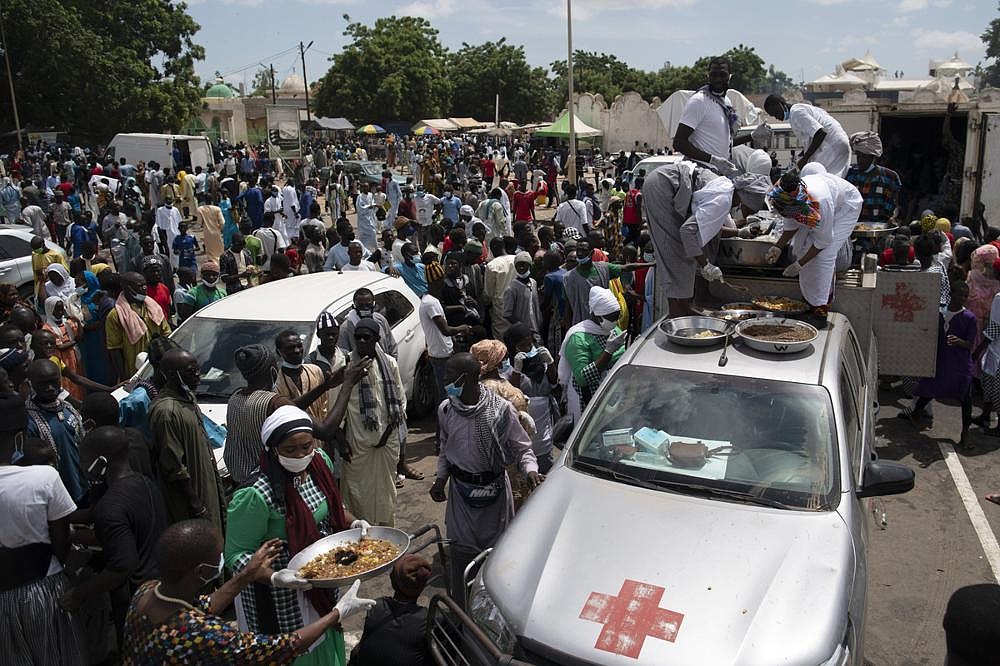 Volunteers are handing out large dishes with traditional Senegalese food to pilgrims of the Mouride Brotherhood on Tuesday in front of the Great Mosque of Touba as part of the celebrations of the Grand Magal of Touba. (AP / Leo Correa) 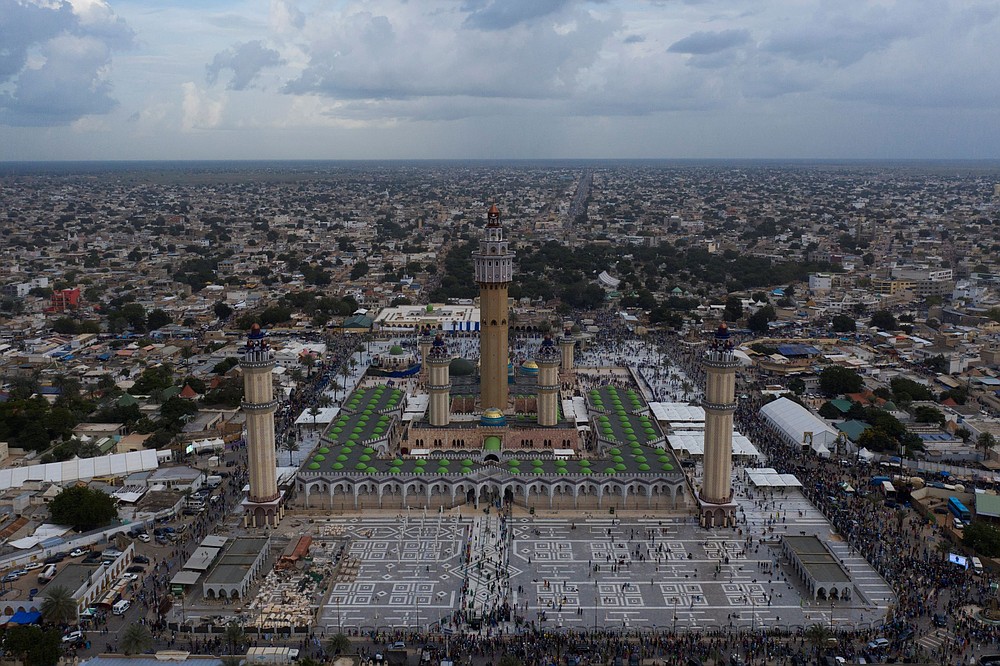 In this aerial photo captured by a drone, people arrive at the Great Mosque of Touba as they attend the celebrations of the Grand Magal of Touba in Senegal on Monday October 5, 2020. Despite the coronavirus pandemic, thousands of people from The Mouride Brotherhood, an order of Sufi Islam, gather for the annual religious pilgrimage to celebrate the life and teachings of Cheikh Amadou Bamba, the brotherhood’s founder. (AP Photo / Leo Correa) 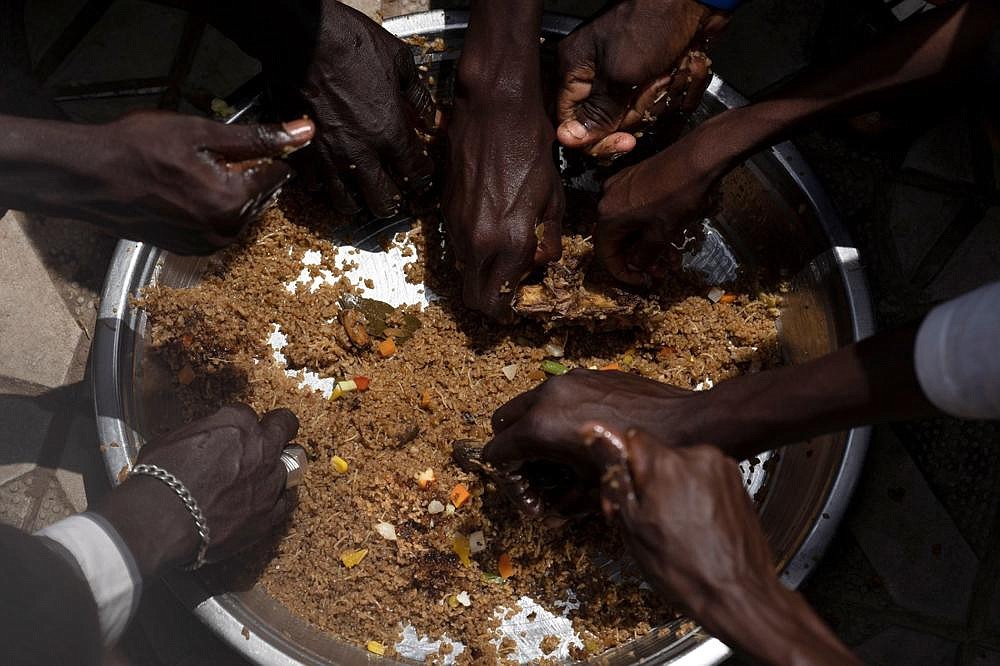 Pilgrims from the Mouride Brotherhood share a large dish of traditional Senegalese food distributed by volunteers in front of the Touba Grand Mosque on Tuesday. You were among the tens of thousands of people who gathered for the Order’s annual Great Magal Pilgrimage this week. (AP / Leo Correa)

Here are 8 ways travel will change after the pandemic