P.Aco Park was built in 1820 and at that time Paco Cemetery gave rest to the victims of the cholera epidemic. Ramon Solano y Lladeral, a Spanish governor general of the Philippines, along with several bishops and the historically known GomBurZa after the execution in 1872, was buried in the cemetery.

St. Pancratius Chapel in the back of the Paco Park By Carlojoseph14 – Own work, CC BY-SA 3.0, CC

During the Spanish colonial era, Paco Park was reportedly the municipal cemetery for wealthy Spanish families. The remains of the dead were buried in the cemetery in Dilao District, the previous name for Paco. 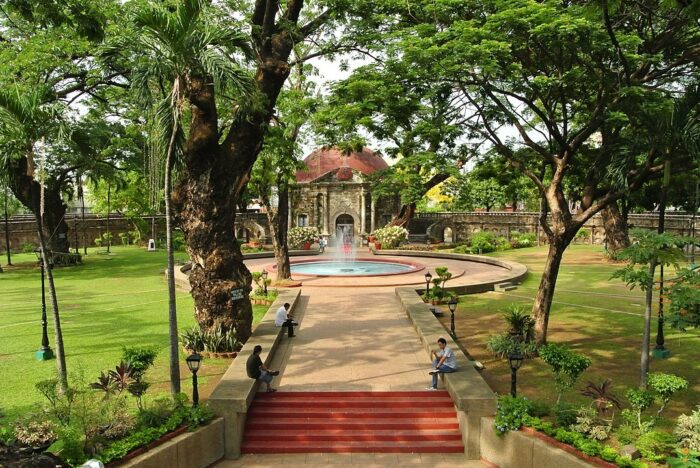 But just a jeepney ride from Intramuros is another oasis in Manila – Paco Park and the Cemetery. Paco Park was declared a national park in 1966 and called the most beautiful park in the Philippines. 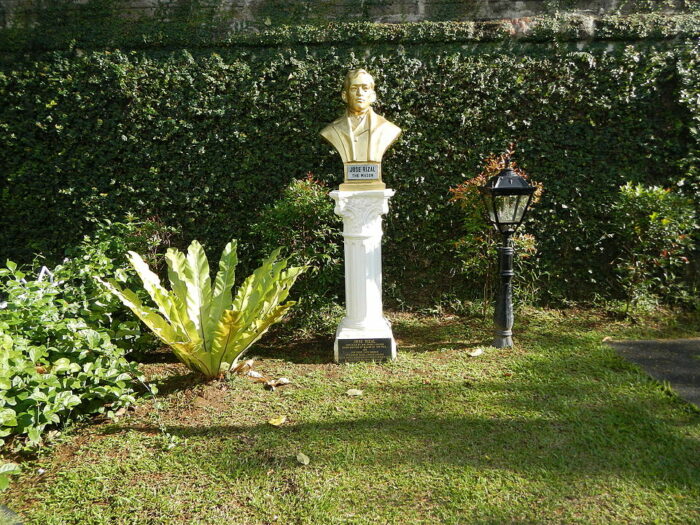 Bust of Jose Rizal in the Paco cemetery By Ramon FVelasquez – Own work, CC BY-SA 3.0, CC

The remains of Dr. Jose Rizal were originally interred in Paco Cemetery before being interred again in Luneta Park in 2012. 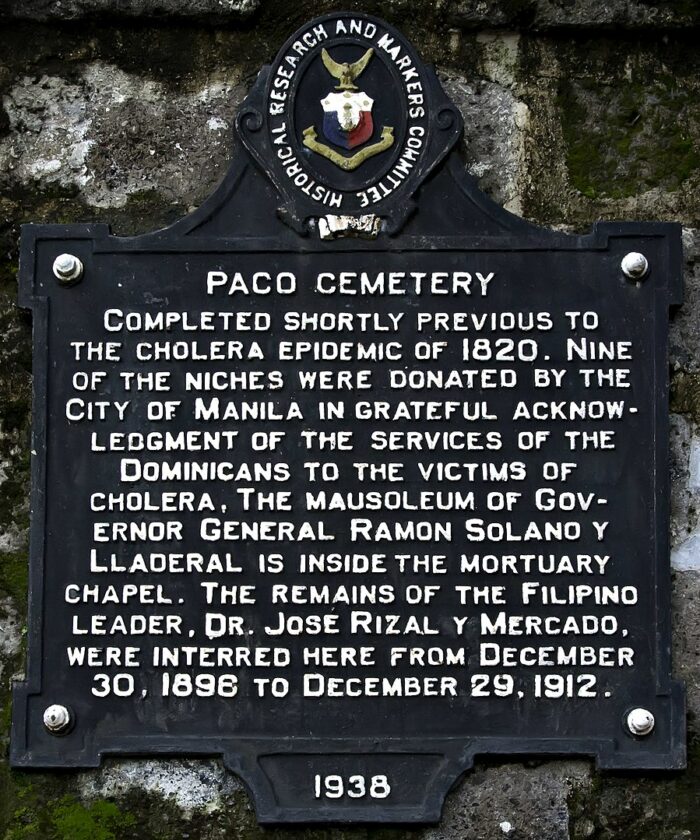 How to get there

Paco Park is just a jeepney ride from Intramuros, another eye-catching landscape in Manila.

To get there you can drive a jeep, bus, or LRT 1. The earliest travel time is 26 minutes from Forever 21 to Paco Park by riding a UV ray and then a jeep. Or if you are from Malate, Paranaque, just ride a UV and then a jeep and you will be at Paco Park in just 29 minutes.

Here is a summary of the routes, means of transport and the corresponding travel time: 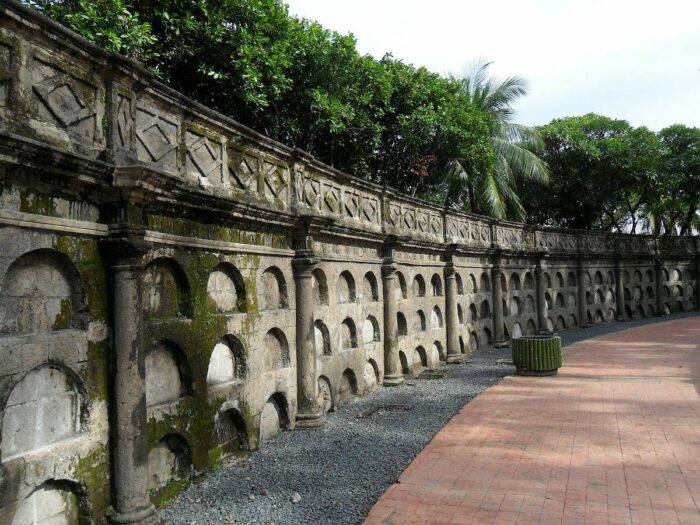 If you’re a couple looking to celebrate your wedding in an unconventional garden-like location, St. Pancratius Chapel in romantic Paco Park might be an option for you. It is administered by the Vincentian Fathers of Adamson University. The ambience of the place is lovely. The vintage exterior and the warm and cozy atmosphere of the garden are perfect for photographing a very intimate wedding. It is fully air-conditioned and can accommodate up to 100 people. It’s simple yet elegant.

With its vintage gate and walls lined with grapevines, and elegant structures that take you back in time, Paco Park is also the most popular location for filming and prepping. There is something magical as many couples have noticed about this place. It is so intimate and solemn and so romantic that people love to visit, spend their days off from work or relax from their everyday stresses.

For couples wishing to have a formal wedding at St Pancratius Chapel, all you need to do is coordinate with Adamson University on fees and terms. Prices range from 20,000 to 50,000. There will be a payment schedule of Php 5,000 deposit, while full payment should be paid one month before the scheduled wedding date.

'Thieving With A Pirate's Smile': How Banksy Got Famous