Sue, originally from Melbourne, took a domestic flight to Melbourne after landing in Sydney on Friday on the first Trans-Tasman Bubble flight.

She booked the flights through a travel agent because she was dying to attend her father’s funeral in Melbourne. 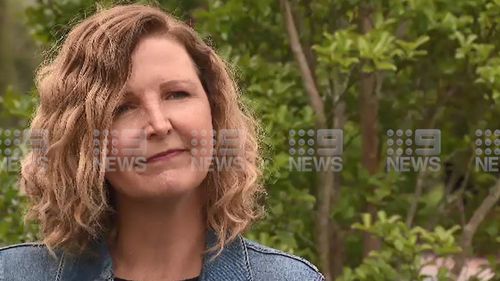 Sue explains her trip from New Zealand to Melbourne. (Nine)

Sue told 9News that the travel agent had called the state’s Home Office and said they could travel from NSW due to Victoria’s open borders.

“I got the news that my father had died so I wanted to come to Melbourne for the funeral,” she said.

“I wasn’t sure if I could come or not, so I went to a travel agent to book the flights.

“He called the Home Office and they said I could come so I booked the flight.”

When she arrived in Sydney, she had her temperature taken by medical personnel and then went to the domestic terminal where she boarded a flight to Melbourne.

A number of COVID-19 regulations were announced on the flight. 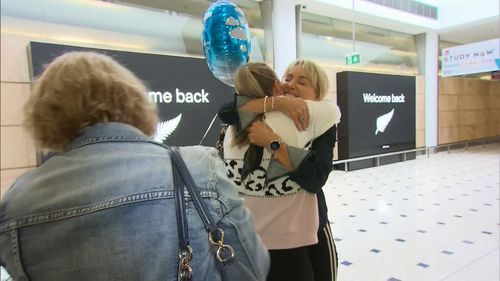 There were tearful reunions at Sydney International Airport when the first flights from New Zealand disembarked. (9news)

On arrival, there was no border security preventing Sue from entering the state.

Little did she know anything wrong had happened until her husband called her after seeing a message about New Zealanders sneaking into the state.

“I received texts from my husband saying ‘Did you make it or were you locked up?’ And I said, “What are you talking about?”

“We just didn’t know if I was going to be asked to isolate or if I would be sent back. It was really stressful.”

“We’re not particularly happy that we were asked if you want to be in a bubble, and it turns out we are, even though we said no,” said Andrews. 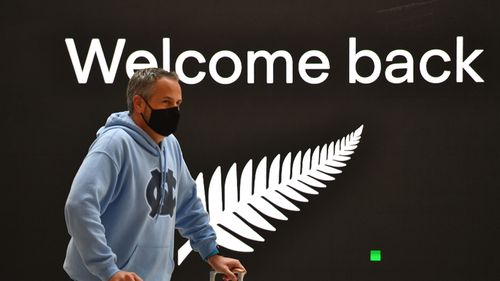 But Sue repeated today that they had done nothing wrong or broken any border restrictions.

“We came in good faith, the agreement was there,” she said.

“We are COVID-free, we did everything right.

“We just really want to be here and we felt like criminals – we did something wrong.”

Of the 65 travelers, 55 were knocked on the door by authorities to explain the state’s COVID-19 restrictions.

Sue said the officers who visited her on Saturday night were “nice” and just wanted to “check in”.

Mr Andrews grudgingly admitted today that Victoria was now disconnected from the Trans-Tasman travel bubble, whether they “approve or not”.

“If you are traveling from New Zealand and have met all relevant immigration and biosecurity requirements from the federal, New South Wales and Northern Territory governments, you can travel to Victoria,” the website says.

Has the Pandemic Killed the Freebie Trip for Travel Influencers? – Skift